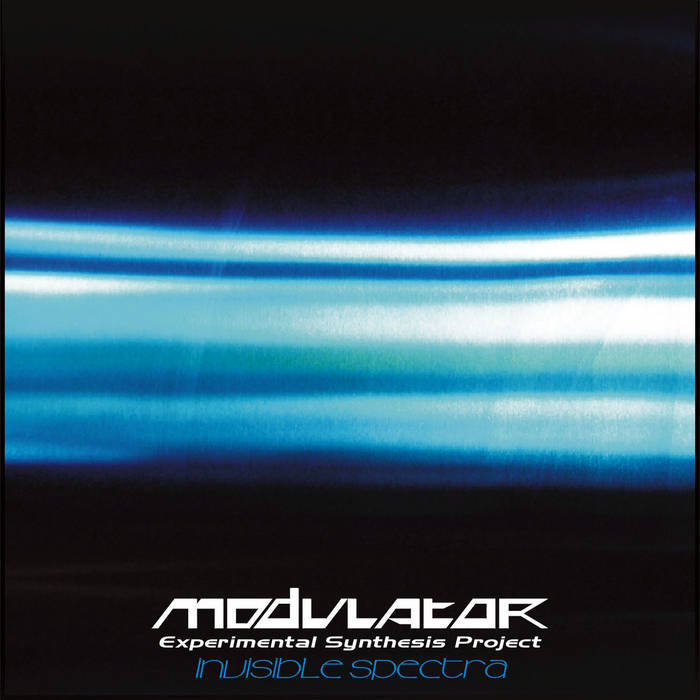 Track 1 recorded live at Ambient Underground 2 at The Cookie, Leicester, on 30th September 2015 and track 2 recorded live at The Chameleon, Nottingham on 16th October 2015, supporting The Space Lady.

Modulator ESP is the union of two crucial ideas which arose from the western world's 1970s new music scenes - the direct expressiveness of free-form improvisation, and the singing electricity of technology. Acting upon this untamed art, in his unassimilated underground, is UK synthesist Jez Creek. Invisible Spectra (60'49") is but one of his many releases of live concert performances. Unfolding in two unbroken continuums, this music wanders from its point of origin within Creek's gear, to its terminus in the listener's fleeting moment of experience. Completely unburdened by temporal continuity Invisible Spectra forms a borderless dreamscape. Odd and weird, but fully organized, it possesses physical as well as aural characteristics. As time becomes space in the mind of the listener, Creek employs the portent sounds his synthesizers are capable of issuing, yet also releases energies of fragmentation and collapse. Invisible Spectra manages to capture the languorous ebb and flow of the cosmos in forms structured and strung together based on rhythm and instinct, rather than any overt narrative concerns. Following his natural tendencies Creek's live shows establish an environment where sounds and ideas circulate freely, and where opposites meet. As fragments of sequencer patterns, expressionistic clusters of dissonance and impressionistic washes of sound create a state of volatility and flux, this tone color realm attempts to lift the audience into infinite spaces. From provinces of pure auditory activity, and opposing harmonic spheres, to scuttling arpeggio scales pulsing in nightflight circuits, Creek's lonely roads of exploration consistently produce a unique boundary-suspending feel. If art is too clear, it is not very compelling - its vagueness adding to our sense of discovery. An act of free and brave thought, Invisible Spectra conjures a particular atmosphere - a sonic setting we must apply meaning to. But, despite the logical rigor this music may seem to possess, it truly belongs to the world of spirits.