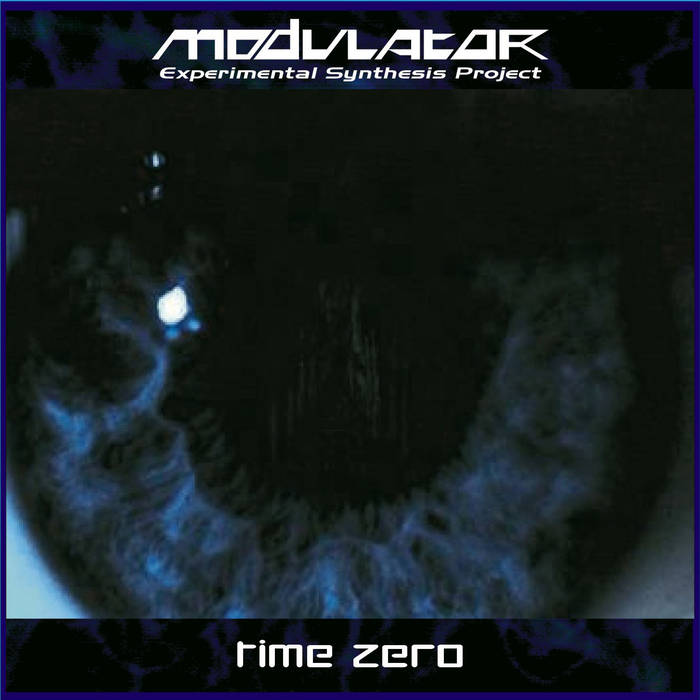 Time Zero is the fourth album from Modulator ESP, originally released as a limited edition of 25 in order to give some music, previously only available as mp3 downloads, a proper physical release. All tracks were recorded as live improvisations between 2003 and 2006.

Quadratic: was produced to tryout the skip function on the P3 sequencer and as preparatory material for the Quadra Jam. It was unfinished until a proper ending was added on the 30th April 2006. Equipment used: Sequentix P3, Cheetah MS6, Sequential Prophet 600, Sequential Prophet VS.

Eos Flight: was an improvisation originally recorded to my hard disk recorder sometime in 2005, an extra layer of improvised material was added as it was mixed down on the 6th October 2005. Equipment used: Korg Karma (with MOSS), Korg Wavestation, Sequential Prophet VS, Roland SH-101, Waldorf Microwave XT, Alesis MMT-8, Doepfer Regelwerk.

Chromium: is one of my earliest ambient pieces and was a simple improvisation recorded on the 23rd July 2003. Equipment used: Korg Wavestation, Nord Modular.

Artwork and layout by Jez Creek